Dear Friends,
I urge you to use the Prayer Intentions section below to post your spiritual demands to our praying community! I'll respond to each prayer in person and offer it solemnly to our Lord during the Holy Mass.

Let's all pray together 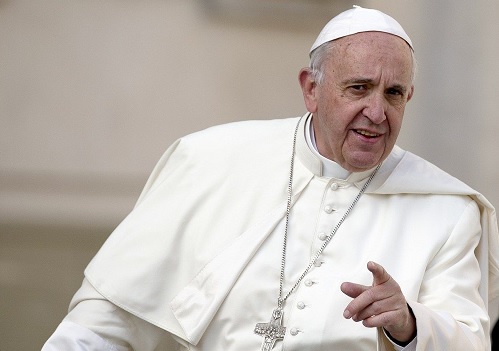 Heavenly Father, in your immense and unstoppable love for us you've made all things possible. You have created the visible and invisible universe and you've given it as a gift to us with the only purpose to glorify your name in the Holy Trinity, Father, Son and Holy Spirit.

That same burning love, that you manifested to Moses in the non-consumable bushfire, made you send your beloved Son, Jesus, to become one of us in the graceful and unconditional consent of the Virgin Mary, mother of the Lord and our mother, to the angel's message.

And even when our failure and wickedness put Jesus on the cross and thus his Holy Body to death, you, Father, revealed to us in an ultimate act of love that you're the Word and the Light by giving us back Jesus in the Resurrection.

Knowing that our human nature is weak and that we need a shepherd to guide us, Jesus appointed Peter as his successor and corner stone of his radiant Bride. This tradition has carried on through the 2000 years of church history.

In today's tumultuous and challenging times for our faith and society you, Lord, have anointed our brother Jorge Mario Bergoglio to be the Bishop of Rome, your successor and guardian of our Catholic moral and faith. By accepting the name of Pope Francis he's already laid out the doctrine the church has to follow to enflame our hearts for the Creator.

In Pope Francis we recognize your face, heavenly Father, because:

0 intentions have been submitted to this prayer. To share your intentions with the praying community please Sign In » or Register ».

Use the Prev or Next buttons to contemplate all other prayers.